Comment: Of course a GPS Ankle monitor won’t stop an offender from committing a crime. However it will track the Offender’s every movement time and place. If the offender is a stalker  the monitoring system can alert the intended victim  the offender is in the vicinity, providing the court makes a provision in it’s protection order and the right equipment is used.
Judicial-Link

Camille Runke was murdered on Oct. 30. Her estranged husband, against whom she had a protection order, died from self-inflicted wounds several days later. (Maddie Laberge)

Camille Runke was killed on Oct. 30 outside her St. Boniface workplace. Several days later her estranged husband, Kevin Runke, against whom she had a restraining order, was found dead from a self-inflicted gunshot in a wooded area in the St. Malo area.

Runke complained to Winnipeg police 22 times between July and October about her husband’s alleged harassment. Her sister, Maddie Laberge, said she believes a GPS tracker could have helped keep her sister safe.

Such a move may be neither effective nor feasible, said Kevin Walby, a criminologist at the University of Winnipeg.

“If we start putting electronic monitoring on everyone who’s just suspected of a certain kind of activity, such as stalking or something like that, we’d be putting it on potentially thousands of Manitobans,” Walby said.

A Canadian pilot program in 2008-11 revealed the devices have a number of technical problems, including transmitting false positives and short battery life, said Walby. 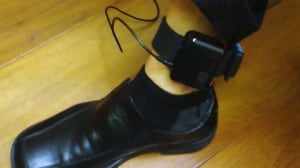 Criminologist Kevin Walby says GPS monitoring does not deter criminals and would be too costly to implement on every individual in Manitoba accused of stalking. (CBC)

Even if the kinks are ironed out, there’s little proof the ankle bracelets are much of a deterrent, he said.

“There’s no evidence that they themselves, the electronic monitoring devices, decrease any kind of criminal activity.”

Corey Shefman, who speaks for the Manitoba Association of Rights and Liberties, believes improvements can be made to protect victims, but he also doesn’t think GPS monitoring is the answer.

“I think society at large has to take more seriously the concerns that people like Ms. Runke had,” said Shefman.

Victims of stalking and harassment should collect as much evidence as they can against perpetrators, that will help empower police to take action, he said.

“The most important thing is to keep the police informed. Obviously it didn’t help Ms. Runke in this case but in many other cases it does. This was a very tragic circumstance, but I believe it was an anomaly,” Shefman said.

A study in Winnipeg from 2007-08 looked at the effect electronic bracelets may have on auto theft, said Walby. The devices were found to have zero influence on behaviour. What’s more, police don’t have time to respond to breaches, he said.

“Ultimately if someone wanted to cut it off and commit a breach, they have actually as much time as it takes to track them down,” said Walby. 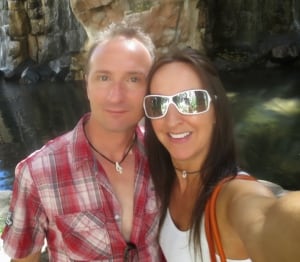 “We’re looking forward to hearing ideas from all sources — justice officials, police and people who have sought protection orders — as we formulate new legislation this year,” said Morgan.

The province ordered a review of Manitoba’s Domestic Violence and Stalking Act in October following Runke’s murder and the killing of another Winnipeg woman, Selena Keeper. The 20-year-old’s on-again, off-again boyfriend is charged with her homicide.

“First we want to know that this can help make people safer. second of all it has to be legal of course, we can’t be exposing people who are vulnerable women to situations where legal challenges just bog down the need for safety and immediate safety,” Mackintosh said,

You can find out more about which cookies we are using or switch them off in settings.

This website uses cookies so that we can provide you with the best user experience possible. Cookie information is stored in your browser and performs functions such as recognising you when you return to our website and helping our team to understand which sections of the website you find most interesting and useful.

Strictly Necessary Cookie should be enabled at all times so that we can save your preferences for cookie settings.

If you disable this cookie, we will not be able to save your preferences. This means that every time you visit this website you will need to enable or disable cookies again.